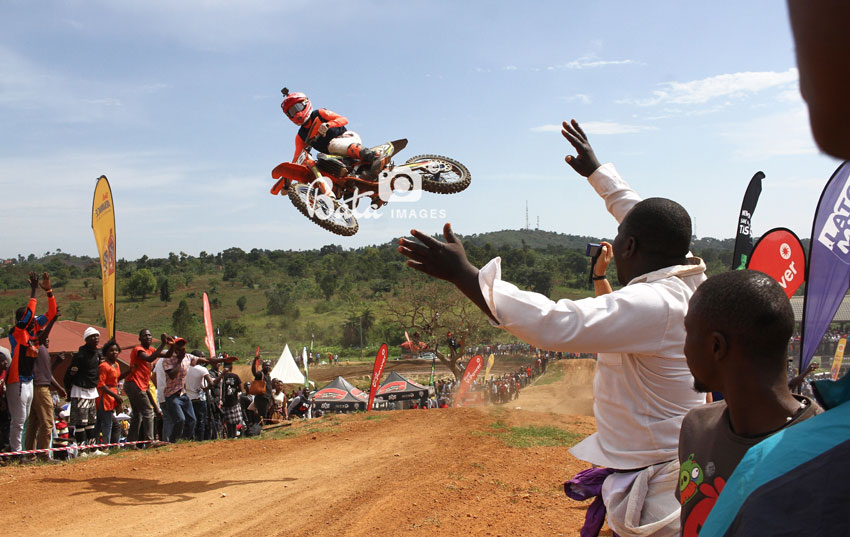 Fans will be kept on their toes this weekend in Busiika when the National Motocross championships return for the second round.
Isabella Blick and Fortune Ssentamu, who missed round one due to illness and a broken ankle, are expected to make a grand comeback in her 65cc and 125cc classes respectively.

According to William Blick, Isabella has been practicing well on her road to recovery during the various practice sessions she has had.

“Isabella is ready for any  challenge in her class. The track had some rains
which softened abit, plus some sections have been given more sand but overall it’s a better track and much more faster now. She has adopted well to all these changes I must add and I think she’s ready to give her opponents a hard time,” added William, the rider’s father.

However, Gift Ssebuguzi who tops the standings in the 65CC class is rated 50-50 for the event as he’s been down with malaria.

In a related development, Sentamu will also be returning after
suffering an ankle injury during practice in January that could not
enable him race in the first round at Garuga.

“Fortune has been responding well during the training sessions with his colleagues and most recently with Jurgen Kuppers. He knows the challenge ahead of him having missed the first round and when you see riders like Aviv Orland, Wazir Omar and Sam Foreman then you realise there is work to be done but i think he will put on a good show on Sunday,” added Maximee.